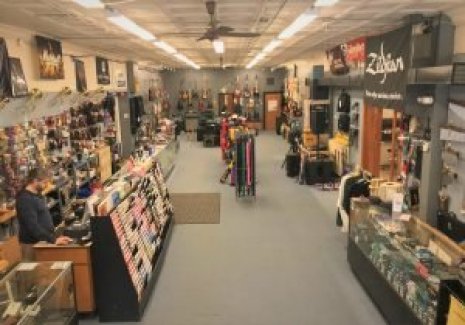 UNION MUSIC has been a family business in Worcester, Massachusetts, for over a century. We purchased the business on May 1, 2018 from landlord Jeff Mararian, who had purchased the building as well as the business the previous year from long-time owner Carl Kamp, who is now retired.

As the current owners, we strive to continue the tradition as a local business with emphasis on excellent customer service in our 21st century world. We continue to provide a variety of instruments to purchase or rent, supplies, lessons, and an excellent repair service, as well as moving forward with new online capabilities for sales and service.

We look forward to seeing you in the store and to restarting our Open Mic, Jams, and student events in the near future.


The Kamp family had started and managed the business since 1900. We would like to share the history of Union Music through the article below that was written for the 100th anniversary of the business.

Union Music is celebrating its 100th anniversary this year.  But don’t try to find a listing for Union Music in 1900 phone book – it won’t be there.  For much of the store’s life, it was a pawnshop called Union Loan Co. Inc.

Third-generation owner Carl Kamp reveals that while pawnshops may have acquired a sleazy reputation over the years, they served a very basic purpose for customers during most of the 20th century.

Kamp remembers a few colorful characters frequenting the pawnshop owned by his grandfather, Samuel Cashner and father, Leon Kamp, but says “in the days before credit cards, pawnshops served as a source for credit.  It was for anyone who needed a small amount of money, or to sell some things to get some cash … My father was real friendly with a lot of his regular customers.”

Union Loan had a wide variety of merchandise, including fur coats, jewelry, fishing equipment, cameras and luggage.  Musical instruments, especially acoustic guitars, were always a mainstay of the business.  Kamp, now an accomplished classical guitarist, got his first red and white Stellar as a gift from his dad after it came into the pawnshop.

It came as little surprise when Kamp joined the family business after graduating from college.  He joined a range of aunts and other family members who worked at Union Loan.  “It was a tough break when the store had to hire an employee from out of the family,” laughs Kamps.

The Store spent about two thirds of the century at 169 Front Street, with numerous pawnshops as neighbors.  In the mid-’60s, the city of Worcester kicked out the pawnshops and took the land under eminent domain to build what is now the Worcester Common Outlets.  Union then moved to a Main Street location.

By the early ’70s, the pawn business began to decline.  “Credit cards had become popular,” says Kamp, “and a lot of electronic equipment had what I call ‘planned obsolescence’ – it would always be obsolete within three years of purchase.  So it was hard for a pawnshop to buy it.  It took a while, but by 1973 I convinced my dad to, reluctantly, make the change to a music store.”

Pinning down the date when the name changed is a bit tougher.  The store was known as Union Music and Loan for a while, and at one point had two different names in two different windows at the same time.  By making the change from pawnshop to music store, Union found it could attract major lines, which had not wanted to be associated with a pawnshop.  The legendary Martin guitar line came in and other soon followed.

Kamp’s father mostly took in acoustic guitars, but by the 1970s the rock revolution created an avalanche of electric guitars and amplifiers in music stores.  The Main Street location would be a chaotic clutter of instruments, gear, and sound systems.  Kamp saw music education being cut out of public schools, but didn’t have the room to add lessons.  In 1983, Union moved to its present location at 142 Southbridge Street.

Today, Union offers a wide range of instruments, ranging from the acoustic guitars that are Kamp’s specialty, to the electronic keyboards tended by Paul Provost, who Kamp recalls tested out early synthesizers in the 1960s.  Upstairs is a recording studio run by The Deal’s Bill Nelson.  Posters in Kamp’s office tell of past workshops by everyone from jazz greats Joe Pass and Larry Coryell to hair-metal stars Whitesnake and Quiet Riot.  A variety of teachers, including veterans Ken Sawyer and Phil Salah have space to teach.

“It’s nice being able to have your own studio for teaching,” says Sawyer, who leads a number of bands from the ranks of his Union students.  “Usually you are crowded into a classroom that isn’t yours.  Here, you can have everything set up that gets the best results for the kids.”

It seems like every musician in town has worked for Union at one point or another.  The current staff includes bluegrass hotshot Dave Dick, and one of folk’s most unique personalities, Ken Jordan.  A policy of allowing for time off when a gig calls has helped ensure a low turnover of high quality musicians.

General Manager Cliff Broverman is a 21-year veteran who applied for years before getting the job.  He notes that the rise of Internet musical instruments sites doesn’t not pose any more of a threat to Union than catalogue sales did.

“A lot of people really want to feel the instrument before they know it’s right.  And there’s still a lot of people who value customer service, so if they need help, an actual musician will be there.”

One of the New England’s most respected classical guitarists and a member of the Boston Classical Guitar Society, Carl can help anyone find the perfect instrument to match their needs and budget. He has overseen the steady growth of Union Music, especially the Acoustic guitar room which had the largest selection of fine acoustic instruments anywhere in the region. 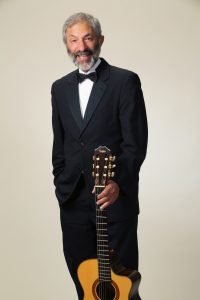